Amateur Reviews are embarking upon a new series of posts celebrating modern classics from recent years. Today’s feature is the 2010 Oscar Winning film The Social Network. Given the fact this post has the word ‘Classic’ in the title you can rest assured that these movies do not need a rating out of 10 because they are all examples of impressive film making at its peak. 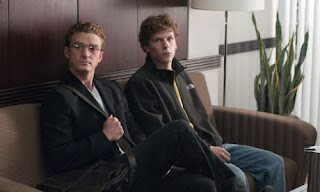 One evening way back in 2003, Harvard undergraduate Mark Zuckerberg started what was soon to become a global phenomenon in world wide communications. The success, however, was not without its controversies and The Social Network chronicles the various legal and personal issues that stemmed from the inception of Facebook. 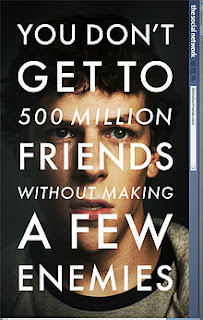 Aaron Sorkin (The West Wing) heads up the writing credits, alongside Ben Mezrich whose book, The Accidental Billionaire, was the basis for the script. It is probably worth mentioning straight off that The Social Network is not 100 percent fact based and plays with multiple perspectives. In our opinion, the main strength of the movie lies within the script. These characters are the smartest in their game but all have a vulnerable side which makes it impossible not to empathise with them. The script has Sorkin written all over it – the witty banter is extremely clever and there is an elegant level of humour that is just superb. The storyline is told in a non linear style from the various court cases that eventually took place and this allows Sorkin to play with character perspective and memory in an interesting way. 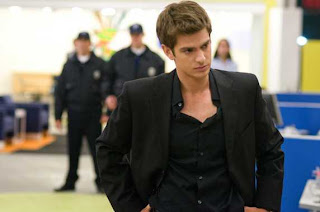 Director David Fincher is up to some of his best work also. The whole film is glossy, sleek and sexy. If someone had said a film about computer coding and lawsuits would be this attractive, it would have seemed unlikely before watching The Social Network. Fincher has succeeded in creating an incredibly well paced and flowing film that moves through a significant amount of content in a modest time: a little over two hours. 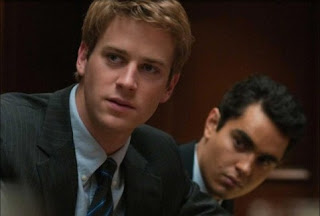 Jesse Eisenberg takes on the role of Mark Zuckerberg and makes it his own. To be honest, it is hard for us to judge if he was a ‘good’ Zuckerberg because it is not like we really know who he is. Given that, Eisenberg is incredible. Prior to The Social Network he was quite similar to Michael Cera... We were used to seeing him in nerdy and endearing roles (Zombieland), but The Social Network is a stage where Eisenberg really shows what he's made of. He still channels a lot of that awkwardness and his delivery of lines in light speed time is impressive, but there is a crueller edge to him that is something we have not seen before. Justin Timberlake plays Sean Parker and you genuinely manage to forget you are watching the great JT… He is genuinely charming and shows he is capable of humour as well. The role of co-founder Eduardo Saverin, who is later shunned out of the business, is played by Andrew Garfield who is definitely a young actor on the rise. Armie Hammer tackles both Winklevoss twins and manages to give both Cameron and Tyler distinct personalities. Rooney Mara stars too and rounds of what is a stunning cast of young talent. 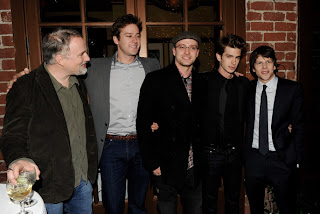 One of the reasons The Social Network has been earmarked as a modern classic is because it emulates the best of everything. The best of directing, writing and acting. Facebook is something millions of us use every single day without even considering it so The Social Network is more relatable than so many other films. And while the story is deeply rooted in technology and the impersonal nature of social networking, Fincher manages to bring it back to very human qualities that strike a chord with us all: the need for recognition and acceptance.

The Social Network is definitely a favourite with Amateur Reviews and also friends of our blog! Go check out http://moos-ramblings.blogspot.com/ for more musings on TV, film and life in general!
Posted by Unknown