Blight, depleting food sources, almighty dust clouds. The movie opens in a not so remote future. A future that can put a certain and imminent expiry date on the life of its inhabitants. We meet Cooper (McConaughey), a stoic throwback to an age gone by who is cut out to be a man of science, an engineer, an astronaut. Instead, he is reduced to an arcane existence of agriculture and attending parent teacher evenings. This is until, with the help of his sharp minded daughter, he stumbles upon the modern day equivalent of NASA. A team of explorers are then sent into the ether in an attempt to find a new life sustaining planet and save the human race. No mean feat then.

Interstellar is visually awe inspiring and I should have viewed it in IMAX to fully appreciate the spectacle. The future planet which opens the movie, though barren, is beautiful and expansive. Tired fields of corn and dirt-track roads in an earthy colour palette evoke the sense of a warzone, but not in the sense of a world war. The people are not fighting against each other anymore, they are engaged in conflict with a world that has been ravaged and exhausted by 7 billion souls. The very thing that sustained us is giving up the gun and no longer cooperating. And so we look to space. Set against a spellbinding backdrop of esoteric opera, the tidal waves of biblical proportion and imposing black holes which are already striking become even more so. Hans Zimmer has composed an incredibly gothic score with soaring strings and organs contrasted shockingly with moments of heavy, dead space silence.

It's not as if we don't know that this level of population growth is inversely proportional to the available resources on earth and our way of living cannot be sustainable for infinite generations. A film like Interstellar could scare the living daylights out of everyone, and it really should. But Christopher Nolan is not in the market for preaching, scaremongering and pretending like he has the answers, he's not trying to put the fear of God into viewers. The message in Interstellar is not pushy or aggressive, he's too sophisticated a film maker to lecture. But it's enough of a glaring siren to remind us of the chilling inevitability that one day, as a race, we will be on our way out.

Cooper's son is a man of tradition and convention whereas the daughter embodies dynamism and truth. There is a constant interplay between farming and engineering, indifference and curiosity. It reminded me of The Tree of Life and the constant power play between a draconian father (the way of nature) and the way of grace exhibited by the mother. 'Nature only wants to please itself' while grace doesn't. It is even, to certain extent, evocative of the tension between capitalism and religion which underpins There Will Be Blood. The differing attitudes of Cooper's children, especially when fully grown, present a well trodden question. Do we turn a blind eye to the alarming reality of our way of life and bury our heads beneath the sand in the full knowledge that this toxic issue will not resolve itself? Or do we engage with the reality of the situation and endeavour, in whatever way, to fight until the very end? This mentality is embodied quite beautifully by the reoccurring motif of a poem by Dylan Thomas. If old men should leave this world resisting death with all their might, perhaps the human race should try to go kicking and screaming instead of peacefully when the time comes.

According to Interstellar, our life line is to be found in the stars. In terms of the accuracy and of the science, the content goes far, far beyond my rudimentary knowledge of physics. I don't know if Interstellar is theoretically on the money, if space was depicted accurately or if there are any laughable plot holes from a purely academic standpoint. But it's certainly ambitious. Initially it seemed overly, but this is why I have the desire to watch it over and over. How can elaborate and challenging content ever be a qualm? The main aspect however that I cannot seem to get my head around is how did the future humans survive in the first place to make the Tesseract that ultimately saves earth, given that there would not have been such a Tesseract to save the world first time round? A paradox, surely?

Nolan tries to place human emotion and the complexity of love on an even footing with something like quantum physics. We look to sciences to save us, but maybe love is just as potent. Personally I'm not sure how far I can go with that notion, although quite frankly I don't understand enough about physics, nor love to comment critically. Placing raw human passion, sentimental love and affection (something that is often discouraged for clouding judgement and reason) against the very pressing and real demise of the human race is powerful. Far from belittling Cooper's love for his children as something which would tempt him to make selfish and damaging decisions, Nolan almost postulates that love is something far from detrimental, and on par with logic. It is clear that people care for their loved ones, and they also are troubled by humanity. But they become mutually exclusive in this film and best articulated when Amelia Brand tells Cooper 'you might have to decide between seeing your children again, and the future of the human race.' From an objective and utilitarian perspective the survival humanity should indeed take precedence over the mere desire to see a loved one again. But we all know that subjectivity plays a role and a selflessly sacrificial mentality does not necessarily come instinctively to humans.

Nolan has a penchant for examining the human condition. It's probably no coincidence that Matt Damon's character was called Mann. The ravages of time and the maddening effect of seclusion turned a once brave astronaut into a twisted and selfish monster who seemed blind to the wider aim of the mission. And yet this disloyalty, though infuriating, is understandable as humans are guilty of becoming self interested and malevolent. It's as if Mann is a personification of the flaws, weaknesses and principle defects of man. Of mankind. McConaughey plays Cooper with a smouldering intensity that is second to none. The emotional range he conjures up is remarkable and his moving performance could bring even the most usually indifferent viewer to tears.

Despite the amount of enormous, meaty topics that Nolan is daring to raise and delve into, it oddly does not feel like he's giving anything inadequate treatment. Interstellar could have easily been a hodgepodge of unfinished themes that hadn't been satisfactorily dealt with. Questions could have been left hanging there in the minds of the viewers after being so boldly raised and then swiftly forgotten. But it isn't at all like that. Gargantuan (see what I did there?) propositions and explorations of love, quantum physics, relativity and human nature are easily within Nolan's command. He doesn't profess to have all the answers because if he did, it would be utterly nonsensical. But what he does do is place love in a cosmic context. And instead of this belittling and diminishing human emotion as unhelpful in the face of cold hard science, it upholds it.

Though Interstellar flirts with art, and genuinely does have art house qualities, there are occasional commercial undertones that pull you back to the knowledge that it is a blockbuster for the mass audience. Which is fine. But I was disappointed in Nolan for certain naff and commonplace aspects such as the moment Jessica Chastain kisses Topher Grace and then throws her life work victoriously into the air. This, along with Amelia Brand's monologues on love, could have been drafted in way less likely to make me wince. I'm splitting hairs but this film is in no way made better by the fact there are some allusions to romance, if anything it detracts from the female characters - but hey Hollywood can't get enough of a good kiss, so let's just throw one in there even though it may be unnecessary. But with a more ruthless edit and stronger dialogue in parts my slight disillusionment could have be nonexistent.

It's no secret on this blog that Christopher Nolan is my favourite visionary. And after Interstellar he not only retains that accolade, he cements it. Granted, Interstellar is not quite perfect, but I'd rather watch a director try and fall just short of executing the lofty heights of such a dizzying vision than not try at all. Because what he has created is something provocative, beautiful and unreservedly mind-blowing. 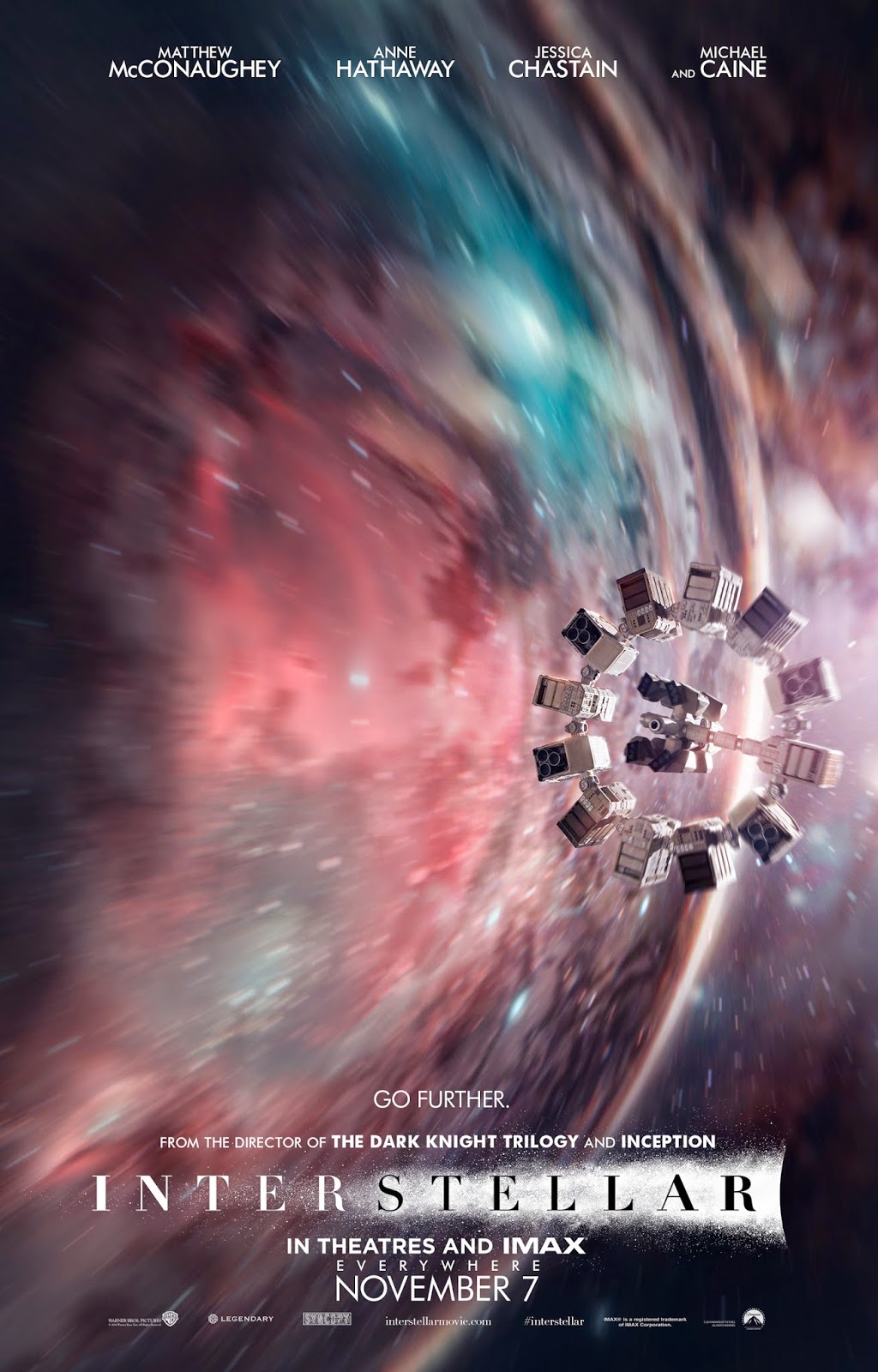 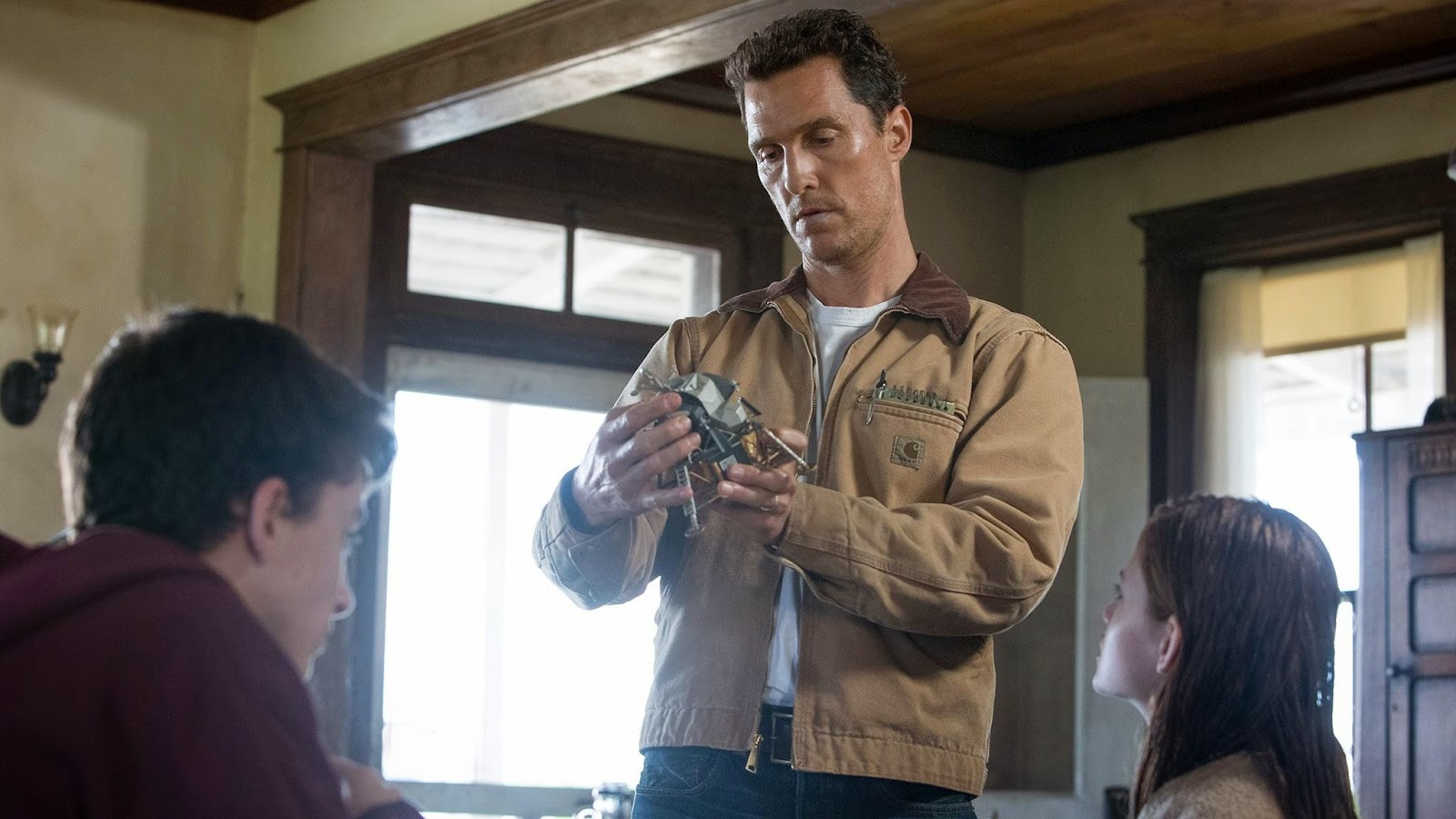 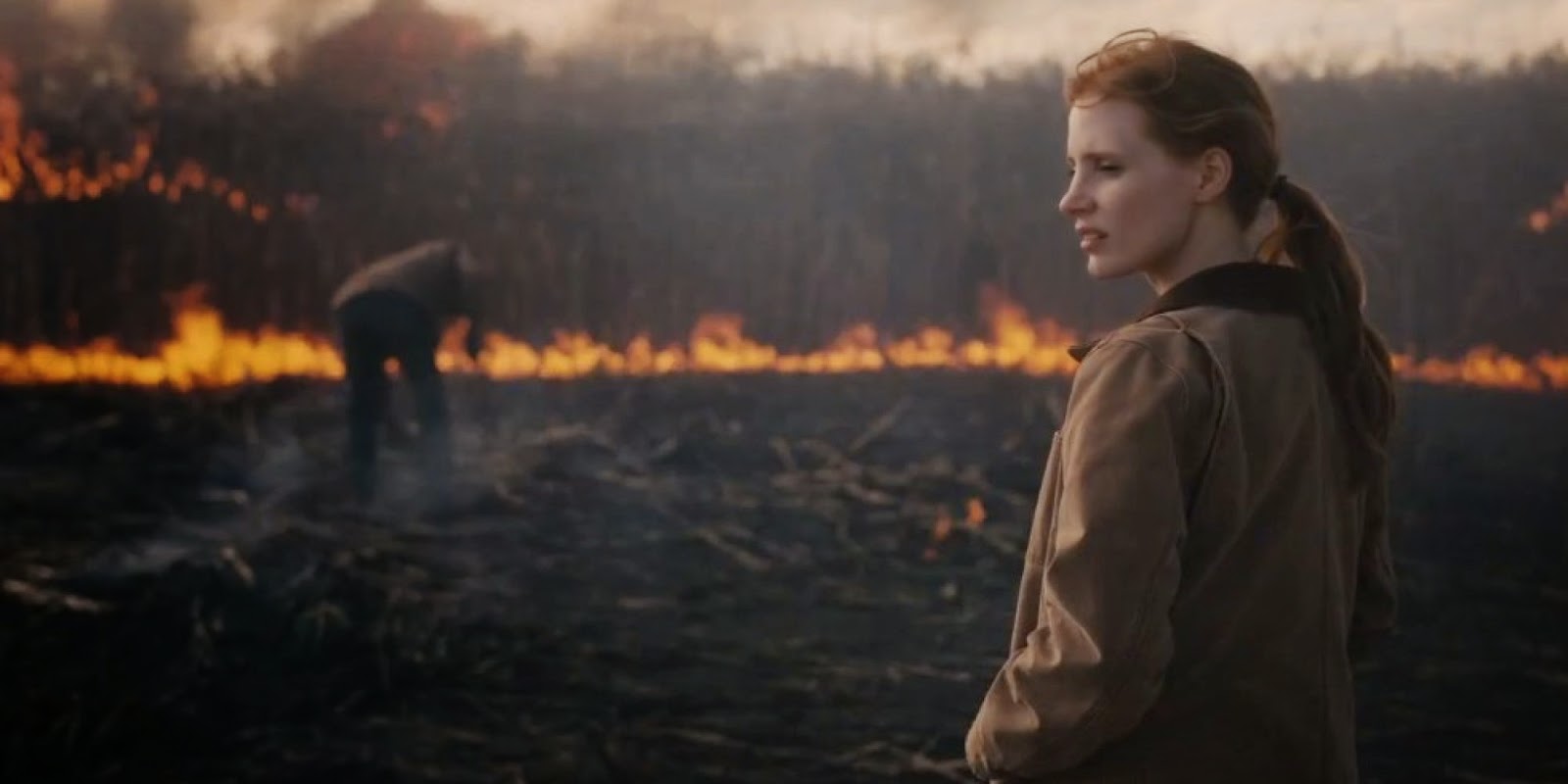