Set over one night, trespass is about the events that occur when the Miller family are held ransom in their own home by a group of armed robbers who forge their way onto the property disguised as policemen. Kyle, played by Cage is a businessman who makes his apparent millions in diamonds and he lives in a lavish pad with his wife Sarah (Kidman) and their rebellious daughter.


We will start by saying; this film is by no means bad. It’s just not something you’d really want to watch again. The three acts pretty much merge into one and it seems all together clumsy and repetitive. As the intruders wield their guns cue lots of shouting and a hammed up performance by Kidman. You will soon tire of the incessant shrieks in, near enough, every scene which is quite frankly irritating. However the main flaw seems to be the fact that none of the lead characters seem to be particularly nice people. It’s hard to care about what eventually happens to them when the actual trespassers have more character!


On the positive side of the fence, Trespass is no doubt thrilling and offers twist after twist which will keep you on the edge of your seats. Nicholas Cage is always a pleasure to watch and he has some great moments in this film. The back stories of the robbers come to play and they all have different motivations for being there which is a neat addition as opposed to them just being masked villains. 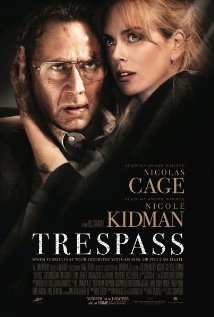 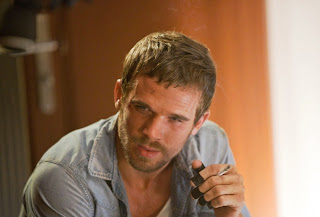