Eight years on, a new terrorist leader, Bane, overwhelms Gotham's finest, and the Dark Knight resurfaces to protect a city that has branded him an enemy.


The wait is over, The Dark Knight finally Rises. And it did not disappoint. The Dark Knight films have become, in our opinion, the best superhero trilogy yet and the latest movie is an amalgamation of this. It’s the perfect balance between Hollywood action and character acting; this is, and has been, Nolan’s greatest achievement. The action is necessary and artfully crafted, there’s none of those senseless explosions that go on in a Transformers movie for 90% of the time. This movie is visually striking, emotionally gripping and clever – Nolan is never one to placate the audience and people seem to appreciate that. The plot is as intricate and twisting as ever which makes for some magical moments of revelation.


The film loses momentum ever so slightly in the middle which makes the ending happen very quickly but that's splitting hairs. The Dark Knight Rises even surpasses that of its predecessor (The Dark Knight) because it largely avoided any of the slower bits in the second act. Now we’re not a review site who sit there and discredit other critics reviews because they are, of course, entitled to their own opinion. But would Christy Lemire quit harping on about the length, that’s not a reason to hate a film, how old are you? Anyone with an average attention span will have no trouble keeping interested. People are throwing around the word ‘bloated’ which implies boredom, but no one complained at Inception which was practically the same length.


The casting for The Dark Knight Rises was en pointe. It has to be said, when Anne Hathaway was cast as Catwoman there was a certain amount of trepidation that she would be right for this role, but really we’re sorry we doubted her. Selina Kyle was perfectly feline without camping it up, subtly sexy and down right captivating with her skin tight cat suit and seductive drawl. Nolan’s Catwoman bought a lot of fun to a film that is otherwise quite steely.


Tom Hardy once again has shown why he’s one of the most talented actors of the moment. Even with most of his face covered he managed to portray so much emotion through his expressive eyes. Staying largely true to the comics he was a true mercenary, with a colossal physique to prove it, and say what you want about the voice, Bane is marvellous. An adversary who more than matches Batman’s strength, intellect and unlike the undirected chaos of The Dark Knight, has a real purpose.


Joseph Gordon-Levitt was especially impressive in a non showy way. He really made Blake his own, and became more than just a GCPD cop turned detective. TDKR is not devoid of emotion either, which makes the film all the more worthwhile. Some of the most touching aspects of the movie come from exchanges between Michael Caine and Christian Bale - to find Oscar worthy acting in a superhero movie is a rarity, in The Dark Knight Rises it’s present in abundance.


The plot is fantastically relevant also. From economic collapse at the Stock Exchange to talks of terrorism, The Dark Knight Rises is firmly placed in reality which is all the more impressive for a Hollywood blockbuster. And it's this grounding that resonates strongly with the audience in an admirable way. Again, Christopher Nolan has managed to create a film that is visually immersive, thought provoking and superbly entertaining. This is a solid task on it’s own but when you add to it the pressure to match the dizzy heights of The Dark Knight it seemed like this movie could only disappoint. But it didn’t. And he rounded off a trilogy in an immensely satisfying way that left no loose ends or unanswered questions. The spectacular score, acting, effects and cinematography make for a proper cinematic experience which you'd struggle to match.

The Dark Knight Rises is truly a masterpiece, it's breathtaking, suspenseful and utterly blood pumping. It seems fair to say that The Dark Knight definitely Rose. 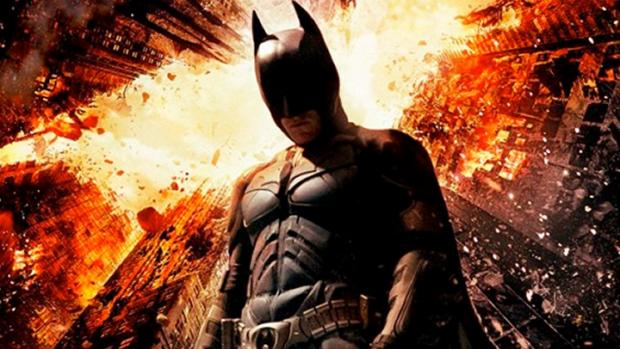 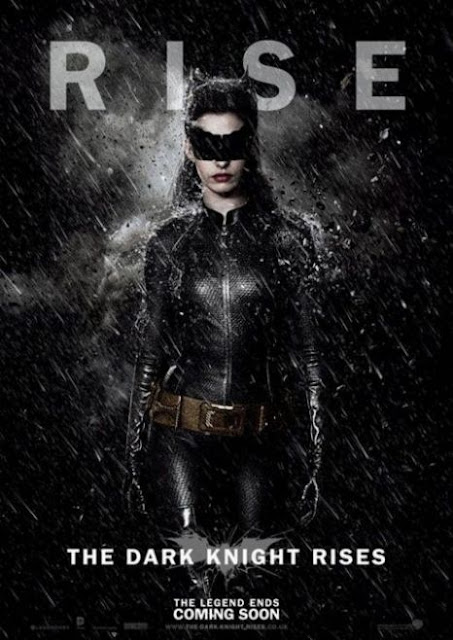 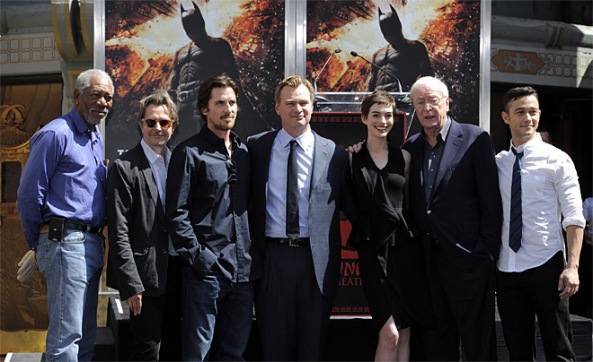 Have your say - Was this movie worthy of full marks? You know where to comment!

Click here to see our correspondence from the European Premiere!
Posted by Unknown